The female and male bowler with the highest series and highest average are recognized for their accomplishments.  It is the responsibility of the local association manager to submit the highest average/series for the top male and female for the season.  The forms are due Nov 1 of each year. 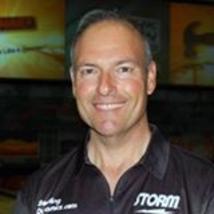 Many individuals work behind the scenes to promote and support the bowling events held in local and state associations.  Many of these individual go above and beyond to make sure that programs are supported and promoted by USBC.  Each association is asked to submit two names each year to be considered for recognition for this award..

The Arizona State USBC Association honors those members that display long term high performance on the lanes or go above and beyond in their dedication to supporting and promoting the sport.  Inductees are honored at the Annual Meeting

Arizona State USBC Hall of Fame member Dave Cirigliano became the second person in the USBC Open Championships to roll three 300 games in tournament competition on May 14, 2016.   His previous 300 games were bowled in 1998 and 2006.